We all have daily battles in this online arena that are sometimes easy to win, but, other times not so easy. I’ve yet to meet someone that doesn’t have the biggest monster of them all…

Yes, if you dig down and be honest with yourself, you’ll be most likely to find that self doubt is what has kept you from accomplishing whatever it is you’re working toward. And I mean anything.

You may want to make a living at online marketing. But then the SD Monster starts talking. I’ve even given him a name. Sid. “You don’t have enough experience with computers”. “You could never write those kind of blogs.” “Who would ever listen to you, much less buy something from you?” “You’ll lose all your money!”

And on and on he goes, whispering in the back of your head.

And to give you a personal example to show it can be anything, this just happened to me.

My wife and I was recently offered an opportunity to purchase a place in Florida at a ridiculous low price. This is something that we’ve always dreamed of and had hoped to someday have to escape the winters of Kentucky. It was pretty much a no-brainer and we were given about four days to decide before they put it on the open market. We were initially excited, but over that four day period, Old Sid reared his ugly head. “You can’t afford the HOA fees and not be living there full time!” “Why take on extra expenses when you don’t HAVE to?” “You still haven’t finished remodeling the house your’e living in!” “That’s a 14 hour drive!” “You can’t upkeep two places so far apart.”So, by the time the four days were up, we turned down the offer. Thank you Mr. Sid!

Needless to say, neither one of us slept for two nights.

Well, by the grace of God, I happened to catch a podcast by Dean Graziosi talking about self-doubt and how it can kill your plans and even your future. He talked about a drill he’s put himself through, so I sat down and put myself through the steps he suggested.

First, I did the usual thing…I imagined having the winter retreat. I thought about what it’d be like next winter and the winter after that if we bought the place. I thought about five years ahead, how it would be. I visualized sitting on the patio, overlooking the lake, basking in the sun, hundreds of miles away from cold and snow. I pictured myself playing golf weekly, throughout the winter months. I could see my wife and I enjoying all the eateries available in the area. (We’re big foodies!) Life was good. This was the easy part.

Now, the second part of the exercise… I thought about what it’d be like next winter and the winter after that and five years down the road if we DIDN’T buy the place. I thought about how cold it’d be where we were and day after day gloomy weather of winter. I thought about being pretty much holed up in our house not wanting to get out. The same old six restaurants to choose from. No golfing for three or four months. Everything still the same as it had been. Everything the same except I’d be five years older! That’s all it took.

We called the realtor. She had showed the place twice but no offers yet! We bought it!

As I write this, we’re on our way back home from a week stay in our winter home, painting and decorating. And guess what? On top of getting it all ready, the community manager was able to rent it for us for five months ( times we won’t be there). Three months rental pays for a year of HOA fees! So, basically now we have a winter home that’s cost free and actually making money for us. If I’d listened to Sid, we wouldn’t have anything but another cold winter.

Business Is No Different

So, you can fight the monster the same way in your business. Picture where you want to be five years from now. Five years will pass in a blink of an eye…a blink of an eye! Who do you see when you look in the mirror? Where will you live? Who will you be with? Imagine how your business is excelling. How everything is working out perfectly. You don’t give bills a second thought. The savings account is running over. Customers/clients are knocking down your door.

Now, picture yourself five years from now and you didn’t take action to build that business. You listened to that monster voice inside that said you couldn’t do such a thing. Who do you see in the mirror now? Where will you be? Who will you be with? Will you be giving back to the community, to the world? Think of how the bills will still be there, and probably more! No savings. You’re still at the exact same place as you are now, except older.

Now, think for a moment. Are you going to let that stupid voice in your head…that meaningless voice of self-doubt, keep you from being the YOU that you know you can be? The successful you? The you that everyone admires? Are you going to let it keep you from building your dreams?! No, there is no reason to listen. Sid is an accumalation of all the failures in your life! The family and friend naysayers! That was then, this is now. This is NOT the past. This is the present and you’re looking at your future. You’ve got to look the monster in the eye and tell him he doesn’t know crap. That you CAN accomplish your goals. You are not staying in the same place you’ve been all these years!

And the feeling will be good when Sid is defeated. And things will turn around for you much quicker than you can imagine.

A Word of Warning

Yes, you can defeat Sid. However, he will never go away for good. He will be back. Once you take yourself to the next level, he’ll return. And you’ll have to start the battle all over again. And again and again. At each new high point. At each new level.

Just go through the same exercise, the same process each time, and you’ll come out on top.

Self-doubt will cripple you if you let it, and actually steal your dream life away that could have been so easily yours. Just don’t let it. There’s no reason to. Your life is way too important for that.

You’re welcome to join my private Facebook group to join me on my journey to internet success and recurring income. We can help and support each other.

Hello.  My name is Grant.  I am not a guru.  I’m just a regular guy that makes money on the internet and I’d like to show you how, also.  Read More… 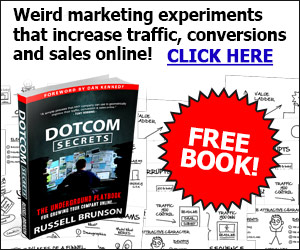